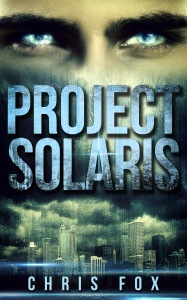 Edit: The first draft is complete and on its way to alpha readers.

On Friday I decided to take a little break and work on the prologue for a companion series to Deathless. It has familiar faces like Trevor and our friends at Mohn corp, but it deals with The Builders instead of everyone’s favorite undead. Here’s a sneak peek at the rough draft for the blurb. Does this sound like something you’d read? I hope so, because I’ve cranked out a staggering 50,000 words over the last week. I like the premise, I like writing in the first person and I love the super powers: It’s X-Files meets Heroes.

Project Solaris I write software at a startup in Silicon Valley, where Google is king and Elon Musk holds court. I have my dream job, but I also have a secret.

We are not alone. The last time I was taken I was fourteen. Three weeks ago I had my twenty-eight birthday, and part of me knows that they will soon come again. I devoted my life to technology so I’d be ready when they returned. Others have prepared too, and I will find them.

Together we will harness the abilities they have given us. We are Project Solaris. It’s time to fight back.